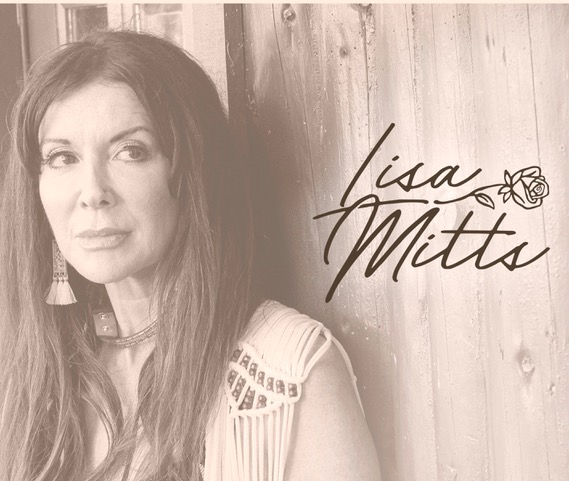 Lisa Mitts is an ASCAP registered recording artist, singer/songwriter, pianist, and performer. She received Album Of The Year (Gold) at the 2020 ISSA Music Awards as well as Female Songwriter of the Year at the 2019 ISSA Awards. Together with her producer, Brandon Bee, she received the WSA (World Songwriting Awards) 2020 Best Song Production for the title cut of her EP, ‘The Breakthrough’. In addition, she was a multi-nominated finalist at the 2019 Josie Music Awards. She has recorded and written with R&B artist, Allen Stone, Seattle producer/artist Brandon Bee, as well as in Franklin, TN at the Castle Studios with renowned Nashville musicians such as Gordon Mote and Chip Davis. Her music ranges in genres from pop to country, classic rock, singer/songwriter and contemporary Christian to jazz and piano instrumental.

She performs with The Lisa Mitts Band in many venues and cities, including wine bars and pubs, festivals, race tracks, as well as corporate and private events.

Lisa has released 7 original albums (including 2 piano instrumentals), her recent award winning EP, The Breakthrough, and several new singles co-written with Brandon Bee. Her music is available on all digital outlets including iTunes and Spotify and is played on many radio stations in other countries as well. In addition, Lisa advocates for helping survivors of human trafficking through her music and a foundation she and her husband established, Destiny House Restoration Center.

Lisa Mitts started with piano at the age of six and studied as a music major all the way through college. Preferring not to become a classical pianist, she switched her major to Journalism and Communications with a minor in music. Life took its course with marriage and children and in 2002, Lisa re-visited her music background and began to write songs both on piano and guitar.

In the summer of 2009, Lisa recorded her first in-studio album “My Heart Burns” with songs written in Israel, some including Hebrew. Inspired to write more and go to the next level of production, Lisa recorded another album in the summer of 2010. “Deeper Love” was released that fall. That project was more contemporary in both English and Hebrew worship. Both albums were produced by Allen Stone at Rain on Me Productions in Sammamish, WA.

In December 2010, family and ministry needs brought the Mitts family back to Washington State. In the summer of 2011 Lisa worked again with R&B artist Allen Stone, this time to co-write and produce together a more excellent project. “You Found Me”, Lisa’s 3rd album reflects her story and testimony in simple yet powerful songs, featuring some of Seattle’s best musicians. One of the tracks, ‘Where Has Love Gone?’ was released on May 31, 2012 as Lisa’s first professional music video and was awarded Best Music Video at the International Awareness Film Festival in Los Angeles in Sept 2015. The “Where Has Love Gone? music video continues to grow rapidly in the number of people viewing it daily worldwide.

The gripping and dramatic music video is a cry to rescue child victims of sex slavery which has reached epidemic proportions here in the U.S. affecting over 300,000 children between the ages of 12-17 and 27 million children worldwide. Since the release of that video, Lisa has become a strong advocate for survivors of sex-trafficking. She and David established a 501C3 non-profit called Destiny House Restoration Center, a rehabilitation and restoration center for survivors for the purpose of restoring identity and destiny. Lisa donates a portion of her album sales to the foundation she and her husband and their small church community founded. 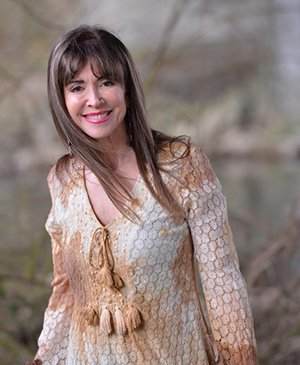 Because of Lisa’s own personal story of healing from major trauma, her prayer is that the songs she has written with the inspiration of the Spirit of God will strike a chord in your own heart to know God’s love in such a way that you will be set free from the chains of fear, depression, shame and other things that keep you from walking in the full destiny He has appointed for you! Listen to the interview to learn more.

The album reflects both a big sound of rock praise and more intimate love songs, including a song written for her husband, “Love Has Never Failed Us Both”, as well as her first country song, “Let Love Rain Down Tonight“. The title cut “Songbird” is written and dedicated specifically for the sex trafficked victim who, tragically, is never is heard or seen from again. 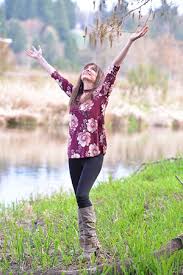 The next album project, “Where I Belong” was a return to Rain on Me Productions, this time working with the owner of the company, Derek Hoiem who produced and engineered the album. Featured on the album is guitarist Jeff Coult, flutist Lise Peterson and background vocals with John Barksdale and Heidi Collins. Sadly, Heidi who was one of the Mitts’s dearest family friends, passed on to heaven shortly after the project was released. Lisa is so thankful to have had Heidi on several of her albums as a way to keep Heidi’s love in her heart. The music and lyrics on this album reflect an expansion of genre and music style for Lisa, into pop and jazz, with lyrics focused on true unconditional love.

Lisa released her first all piano instrumental project, “Heart Songs”, highlighting her classical piano training with 10 original compositions birthed out of times of meditation and improvisational playing on the piano. Several of the songs also feature strings and flute with a focus of bringing healing, peace and joy to our hearts. This also was the first album she was able to record from home at her keyboard. She then worked with Billboard producer/engineer Kenny Lewis from Mixed Emotions Inc. in Boston, MA who mixed and mastered the album. Because of so much positive response to these calming instrumentals, Lisa wrote 10 more original compositions and released “Heart Songs Volume II” in Oct 2019.

Lisa released another country single, “See The Scars” in Oct, 2018 which was nominated for the 2019 ISSA Awards in the category of Female Single of the Year. She also released a powerful new song and music video in April 2019, “To Be Loved”, directed by Shane Simonsen of Manzanita Records. Both the song and the video were nominated in the 2019 Josie Music Awards.

In the fall of 2019, Lisa started working with Brandon Bee, who produced her award-winning EP, The Breakthrough. She released the music video to the title cut in February 2020 which was also nominated for the ISSA Video of the Year.
In late spring of 2020, Lisa co-wrote with Brandon Bee 5 new singles inspired out of the struggles and challenges of Covid-19. They then co-wrote another 5 songs which will be released all throughout 2021.

All of Lisa’s albums can be ordered through her online store or downloaded on all digital outlets including iTunes and Spotify.

Lisa and her talented band perform at many different venues from small coffee/wine shops, pubs and restaurants to large outdoor festivals, horse races and casinos; from business conferences to churches and benefit concerts for non-profits.